Annual Lehigh Spring Festival To Kick Off On Friday

Annual Lehigh Spring Festival to kick off on Friday

"It is our goal to make the 2017 Lehigh Spring Festival Parade the biggest and best parade yet," Andy Reisinger, one of the parade organizers, said. "But we need everyone's help, and hope that the residents and guests of Lehigh Acres will spread the word and will line Homestead Road by the thousands."

The parade has been the grand finale of the festival for most of its history but last year, due to a lack of sponsorships, the parade had to be canceled. Fortunately, Reisinger said, this year SCP Enterprises has offered to sponsor the beloved tradition and the parade will make its return as the main event on the finale day of the festival.

"The Lehigh Spring Festival Parade has been a beloved staple of our annual event," Reisinger said. "The parade has always been the highlight and grand finale of the nine-day event, which celebrates the arrival of spring."

The parade will start at 11 a.m. on March 18. It will travel along Homestead Road, beginning at the Beth Stacey Boulevard intersection and ending at the Arthur Avenue intersection. The parade will feature local government, civic clubs, businesses and a number of other organizations.

The festivities will kick off that night, with the opening ceremonies and a concert by The Nowhere, a Beatles tribute band. There will be multiple acts performing throughout the festival, including The Johnny Rodgers Band, The Unforgiven, Org Sabor Boricua, The Lester Beleau Band and others.

The festival will also feature its own amateur singing competition called Idols. Vicki Culver, the organizer of the competition, said this is the contest's 15th year.

"There is still time to enter," she said. "Call me with (the) contestant's information or go to: lehighspringfestival.com and print out an entry."

The competition will be spread over two nights of the festival, March 13-14.

On March 12, the festival will hold its Pageant day. Three pageants are planned: the baby and toddler pageant, the Prince and Princess pageant for ages 4 through 8, and the Junior Miss/Miss Lehigh pageant, which will award two crowns - one for ages 9-13 and another for ages 14-18.

All of the pageants will be held on the main stage at Veterans Park.

The festival also has a number of smaller daily events that offer something for everyone. There are competitions including scavenger hunts, a wing eating contest, horseshoe tournament and costume contests. There are also cook-offs, like the baking competition and the barbecue showdown.

The festival even features a car show and a craft fair.

Entry into the festival is free. There is a $4 suggested donation per car for parking, with all of the proceeds to benefit the Lehigh Youth Soccer League.

There will be carnival rides throughout the festival and a weeklong all-you-can-ride wristband is available at a special pre-sale discount price of $60. 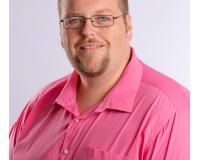 As a southwest Florida native, I grew up with a passion for the water and boating. I turned that passion into a career with my family business. Working with customers every day, helping them with thei....